I graduated Biotechnology at the Adam Mickiewicz University in Poznań in 2004 and the same year was employed at the Institute of Human Genetics (Polish Academy of Sciences) in Poznań . During my PhD studies I became interested in cancer genetics. My thesis was based on the analysis of chromosomal aberrations aimed at the identification of novel tumor suppressor genes in head and neck cancer and classical Hodgkin lymphoma. I started also a still vivid collaboration with German research groups from the German Hodgkin Study Group that resulted in an international PhD (promoters: Siebert R, Szyfter K.) that I defended in 2008 in the Institute of Human Genetics in Poznań .

Thereafter I continued my research on cancer genetics. I spent three years on a post-doc position in the Institute of Human Genetics, Christian Albrecht’s University in Kiel / Germany concentrating on the genetics of classical Hodgkin Lymphoma.

After my return to Poland I obtained the habilitation degree in 2014 for a series of publications entitled Identification of genes related to classical Hodgkin lymphoma pathogenesis. In 2015 I became head of the Department of Cancer Genetics at the Institute of Human Genetics in Poznań where we research the genome and epigenome of cancer cells.

Mutations in the miR-142 gene are not common in myeloproliferative neoplasms.

Loss of function mutations of BCOR in classical Hodgkin lymphoma.

„Mutations of the DIAPH2 gene in head and neck cancer are overrepresented in metastasizing tumors and result in a shift from “proliferation” to “migration” cellular phenotype” 27th Bilateral Symposium Poznan-Halle.

Referat: „Mutations of the DIAPH2 gene in head and neck cancer are overrepresented in metastasizing tumors and may impair actin polymerization and contribute to the metastatic potential of tumor cells” 9th International Conference of Contemporary Oncology.

Given by: Division of Medical Sciences of the Polish Academy of Sciences 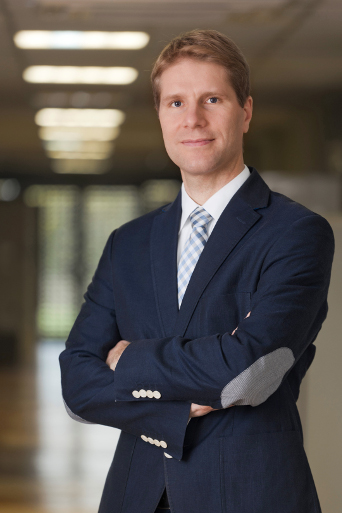